Gary Milliman is a proven leader and innovator with a reputation as a professional and ethical public servant with a common-sense style. 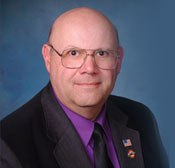 Gary Milliman is a team leader and team player experienced in economic development, emergency preparedness and crisis management, strategic planning, organization development and in creating innovative approaches to meeting community needs. He is effective at working with elected officials, community members and city staff to get things done.

Milliman’s diversified portfolio of work and expertise in City Management and Public Affairs has yielded immediate and long-term solutions for the various cities that he has represented and served over the last 40 years. His experience as City Manager spans four cities, ranging in population size from 3,000 to more than 100,000, and various challenges such as the City of South Gate, California, where Gary worked with new political leadership and formed a management team that guided the City out of a period of political corruption and mismanagement.

As Southern California Director for the League of California Cities, Milliman was instrumental in developing an innovative program – the Grassroots Network – that has greatly enhanced the effectiveness of local government officials in legislative affairs. His intergovernmental experience has included serving on Boards and Commissions for state and regional transportation, economic development, tourism promotion, and emergency preparedness.

Milliman is the recipient of the Award for Career Excellence and the Management Innovation Award from the International City/County Management Association. His program to assist developmentally disabled persons work in local government occupations gained a Helen Putnam Award for Excellence from the League of California Cities.

In 2019 he received the Herman Kehrli Award for outstanding public service from the League of Oregon Cities, and was named a Life Member of ICMA after 45 years of distinguished service to the profession.

He currently serves as a Municipal Court Judge in six rural Oregon communities.